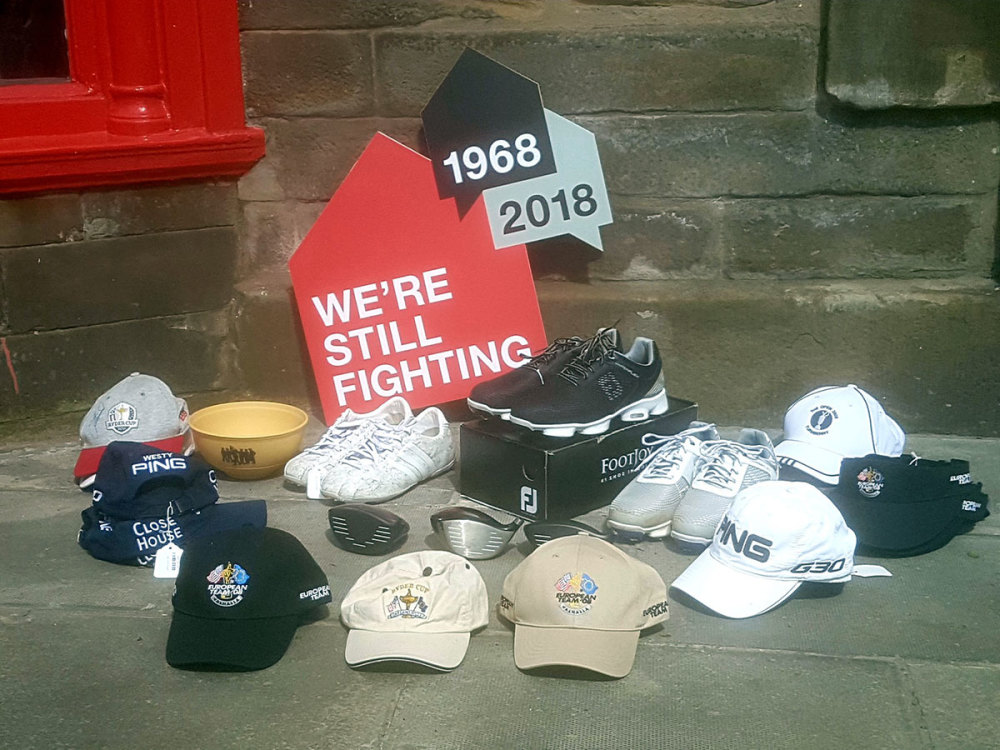 Golf fans have an unprecedented chance of owning the personal memorabilia of former world number one golfer Lee Westwood via a one-off auction.

The 7-time winner of the Ryder Cup with the European team – more than any other player -donated thousands of pounds worth of personal memorabilia, golfing items and designer clothing to our Morningside charity shop last month.

Already thousands of pounds have been raised through sales in the shop. Now the more valuable and collectible items such as several of Lee’s golf shoes, Ryder Cup team caps and visors – including Valhalla 2008 and a signed cap from the famous Gleneagles victory in 2014 and five Ping ‘Westy’ caps – are to be auctioned at Craigmillar Park Golf Club on Sunday 1st July at 4pm – with a simultaneous online auction. There are 56 items in all and the auction is being conducted by independent auctioneers, Thomson Roddick.

Details of the auction can be found on the Thomson Roddick website.

“A big thank you to Lee and his partner, Craigmillar Park Golf Club and the auctioneers Thomson Roddick for helping to make this event happen.”

Lee, who now lives in Edinburgh, said of his donation:

“I am delighted that in Shelter Scotland’s 50th anniversary year I can contribute to its vital work through donating some of my personal golf memorabilia and clothing. Not everyone is as fortunate as I have been in my career so I am just glad to be able to give something back and support Shelter Scotland in its fight to help people facing bad housing and homelessness.”

"I can’t thank Lee Westwood enough for his very generous and much-appreciated donation to our Morningside shop.

“It is even more special in this our 50th year as there is so much that still needs doing in Scotland to fight bad housing and homelessness. Fantastic donations like this one from Lee, make our work that bit easier.”