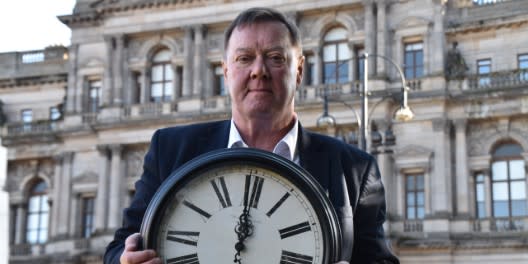 We are taking legal action as the Council has failed to respond to our pre-action letter (sent 19 August 2019) warning of legal action unless it responded appropriately by 30 September.

Since threatening legal action, we’ve been contacted by dozens more homeless people denied their rights to temporary accommodation by GCC.

Our crowdfund campaign to help meet the legal costs has so far raised more than £15,000.

The legal action follows repeated engagement by us with Glasgow City Council councillors and officials over several years to raise concerns about ‘gatekeeping’ (1) activity and systemic failures within the city’s homelessness services. This culminated in a high-profile protest in July 2018 that led to promises of improvements. However, the most recent official statistics published in July showed that over the previous twelve months the situation has got worse not better with people forced back on the streets 3,365 times compared to 3,025 occasions the previous year.

We are determined to not sit idly by as people’s legal rights to a home are routinely denied and that it will speak out while others stay silent. The charity says GCC should stop turning people away and guarantee never to force them onto the street again.

“Time’s up Glasgow City Council. We are taking you to court! We are not taking this action lightly. We exist to fight for people’s rights to a decent home and to stop homelessness happening. By taking legal action we are trying to stop Glasgow City Council denying hundreds, perhaps even thousands, of people their right to a roof over their head.

“Rights are not a privilege - they are a legal entitlement enforceable by law and the Council should not be allowed to disregard the law with impunity. We believe that if action isn’t taken now to stop this practice - and public bodies are left to pick and choose which laws they wish to follow - then it will undermine citizens’ rights across the board.

“The facts are clear; Glasgow City Council is breaking the law; homeless people are being forced onto the streets; officials are unable or unwilling to tackle the problem; and the numbers are getting worse not better. So, we are taking them to court to put a stop to this unlawful practice once and for all!”

We are asking the Court to declare that Glasgow City Council is acting unlawfully and that it should prepare and submit to Scottish Ministers a revised homelessness strategy that puts a plan in place to guarantee temporary accommodation for every homeless person that needs it.

The charity is asking the public to become part of the action by signing a petition to demonstrate to the Council that they cannot continue to ignore their legal obligations to its citizens and by donating to a crowdfund campaign to help fund our fight for housing rights in Scotland.

People can donate to the crowdfund campaign, sign the petition and tell Glasgow City Council to stop breaking the law.